One of the biggest challenges that producers often face is production workflow and finishing music. So we at Gravitas Create decided to hold a producer Q&A session with the Atlanta based Future Funk producer called Pure Colors. In this post we dive into the topics of starting a project, mixing, mastering, and the question of why don’t producers finishing more music? We hope some of the insights below can help you with finishing your projects and releasing more music. Check out below for some of the major highlights. For the full thread, you can click HERE.

For more help on finishing your projects check out our free 7 week production challenge program full of resources, tips and a structure for self-releasing music.

Pure Colors, aka Joey Tuholski, is an extremely talented  Future Funk producer based in Atlanta. He was recently featured on Pretty Lights Radio The Hot Sh*t, has received training from Tim Van Doorne, writes and masters his own music, and has written content for Heroic Academy. Check out his latest release below which was featured on Dancing Astronaut.

How long did it take you to develop a solid workflow? How often does it change?

Took me many years haha. So for some background, I got started producing music about 6 years ago. But that was just for fun. Once I made the switch from “hobby” to “I would like this to be a career”, that helped a lot. That was almost 2 years ago. Fully going in on something is the best advice I can give to anyone that is able to. I’m still working on a better workflow tbh. There’s always room for improvement. After about a year, I’d say it improved a lot.

What’s tip or piece of advice would you give someone who is just starting out in the music industry?

A ton. I guess mainly is to not get discouraged. Depending on your level of experience, you might feel like you have a mountain in front of you and no idea how to climb it. So if you’re a new producer starting out, put less pressure on yourself and simply spend as much time as you can making music, learning the right techniques (good habits), and having fun with it. If you’re not emotionally into it, it won’t be as rewarding. Nor will it sound as good imo.

If you’re not brand new to it, then still, I would say continue to hone your skill until your production is at an undisputed “professional” level. That is the first puzzle piece. The next is mastering marketing (something I have yet to become good at tbh). And networking the right way may be just as important as marketing your music.

How many projects do you end up finishing? Do all sketches and ideas get finished? Of the ones you do finish, do you release all of them?

I try to finish everything I start. But if I work on something and get like 50% of it done and realize it’s not really up to par, which happens sometimes, then that’s fine. It was just an idea and a way to practice. I try not to make it a habit though. Most of the stuff that I work on I could see myself releasing in the future.  When it comes to releasing all of the ones I finish – tough question. Today is a different era than in the past when it comes to sampling. I urge producers to stray away from sample-based production as much as you can. It’s fun, yes. And it can help to get writing started bc of a predisposed idea.

But you are more likely to get label releases if you focus on original music. Prob can’t get any label to release music w/ an uncleared sample tbh. And more importantly, you won’t face future penalties. So to circle back – I have a track I finished that I would like to release and could release. But it wouldn’t be ethical. Because I sampled. And btw – splice is totally fine as far as I know. Those samples are in public domain. 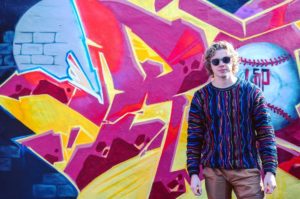 Do you finish projects from start to finish or do you start new ones whenever an idea comes to you and go back to finishing started projects later on? Also, I’m curious how you have your sample and sound library organized to help you in productivity and also giving you a more distinct sound?

It depends. If you are writing a single – maybe just crank it out as fast as you can. If it’s an EP or LP, different story. I tend to work on at least 50% of each track and just bounce between them. Then once I have a clear style and story for the project, I will then focus one track at a time till all “production” is done. Then “mix” each track at a time. Then finally “master” each. Basically batch process each task.

If I’m in the mood to start something new (which can be a big hurdle), then I will. Sample Organization and template organization is key. It gives you a framework to use over again and gives you that a style that people can identify with your sound. I have a ton of samples, but my “favorites” sample library is not massive. I like it smaller.

Is it worth it to you to finish “bad” music?

I would say if you’ve been producing daily/weekly for a year or less, yes. Finish your tracks. Don’t get in the habit of not. If you’re more experienced – If you start something and you’re not crazy about it, don’t put too much time into it. You want to focus on making a track that has you feeling ecstatic to work on. And finish those.

How much of your instrumentation on any given song is sample based? Do you tend to write a melodic skeleton or chord progression for a song first and try to add samples to that, or do you work the other way around where you chop samples to create the foundation?

A lot of my instrumentation is sample based. Probably 50%. I love pulling bass riffs, guitar samples, of course finding cool vocal samples. For vocal samples, I try to use only stuff from splice for trademark purposes. I also play simple guitar riffs (not a guitarist lol) and can play the piano. Been a percussionist since 6th grade. So the other 50% is stuff I play via midi / live. I actually usually chop samples to start off a track. It gives me a foundation instead of starting from scratch. But sometimes I’ll start with a beat (loop or something I made) then add a bassline w/ my keyboard. Then build from there.

Because it’s hard as hell to hahaha. No, but it’s just a mental decision. It’s not easy to finish something that has no clear finish line I suppose, but for me personally, it would suck to put hours into something and never finish it / showcase it. Do home builders build 80% of a house? Haha, I wouldn’t live there. Once you become more dialed in, you learn that perfectionism is most definitely the wrong mindset and that finishing something “great” pretty quickly is better than finishing something “perfect” in 3 months. Gotta draw the line and set firm deadlines, or just force yourself to stop “tweaking”. I still struggle with this too.

I would also like to stress that you are not alone if you get stuck in a rut for a period of time. Feeling like your tracks aren’t that great or up to par. I’d say pretty much every producer can relate. Just gotta push through and try to work on it every day.

What’s your process for writing a tune? Do you break it up into sound design, making a loop, expanding on it to the track idea and finish/mixing/master or do you kind of do bits and pieces at a time/alternating?

Oh yeah, I definitely break up the process. You have to! I recommend the MOD Method strongly to producers. Drew Vespers is a freaking mastermind of the creative process as this is his course. He should be hosting this Q and A honestly hahaha. Here’s a simplified explanation of my general process. This seems to change with time though. Especially if writing different styles of music. Right now, I tend to:

1) Find an awesome loop or sample from splice that just gives me an idea or makes me feel an emotion I’m going for. Visualize how I could elaborate on it with a full track.
2) Chop up the sample, change the pitch, etc. Whatever I can do to not just copy it. I like to use iZotope stutter edit for that.
3) Maybe add a rough drum pattern. Or a baseline. Or start a melody. Just get started with something that could stick.
4) Brain dump. Go ham and this is hopefully the fun part. Just keep trying things melodically, or rhythmically. Something will eventually stick and once it does, hopefully, you can kinda get into a state of flow and you’re just glued there for at least a couple hours, maybe a lot more, fleshing out a track.
5) In step 4, I resist the urge to mix heavily (I do quick mixing bc it takes only seconds to maybe apply reverb, delay, volume tweaks of course, compression, etc). Again, not dialing in the perfect settings yet, just putting the plugins on the track so I know to tweak them later.
6) That’s it! Stay pumped on your track and it’s easy to write music. Don’t search for samples for forever, try to quickly find them. Don’t go to Youtube and watch videos when you’re “flowing”. Put your phone on airplane mode. Make sure you ate a lot of food before. And drink coffee!

I heard that a good way to learn mixing and learn how to finish songs quickly is by mapping out other songs that are similar to the sound you are trying to make. Have you used this or similar techniques to help you with mixing and finishing songs quickly?

Yes! Yes I have done this. I got that from Vespers. It’s a fantastic idea. It trains your brain to think about what you’re going for in a more focused way.

Have you ever been stuck on listening to a 70% finished song many many times, knowing that few (or many) things are wrong, but can’t move on for some reason? If so, how do you get out of the loop and make it work?

Another good piece of advice is to try VERY hard to not over-listen to your WIP song. If you’re looping something, try not to loop all tracks. Maybe just the one you need or a few. Don’t get tired of your creation too quickly. You have to force yourself to realize how to fix those things that don’t sound good, or you won’t improve. It won’t be that fun, but it’s how you get better. I think your enjoyment of music production is an exponential curve. The better you get, the more fun it becomes. And the faster you get.

Do you arrange, mix and master in the same studio?

Yep, I mix and master in the same location. So I produce in Ableton Live and master everything in Logic Pro. You don’t need a professional studio to master or mix. You really don’t even need monitors believe it or not. Invest in a very nice pair of mixing headphones and make those your best friend. It definitely helps to have monitors and a sub. And you always wanna test on as many systems as possible, car included. But you only NEED good headphones IMO.