Fans of Xfer Records’ Serum know the wavetable-based synthesizer for its blistering bass tones and intricate sound design possibilities. For the first time in almost a year, Serum gets a new update from Steve Duda and his team, adding oft-requested features for both the instrument and FX versions of the plugin. Included in this update is the ability to resize the interface GUI as well as a multitude of fixes for common complaints. 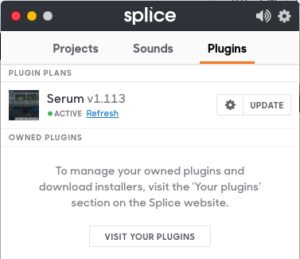 To update Serum, just go to “Your Account” and click “See Available Downloads” to find the latest version. For members of the Splice “rent-to-own” program, open the Splice application and navigate to the plugin tab, click on the update button and wait for the Serum Update to download, the installer will automatically launch.

To buy Serum, visit the Xfer Records website or rent-to-own via Splice.

Also, be sure to download our free Serum preset pack “Catalyst” with 120 fire presets from the artists of Gravitas Recordings.

+ added: WT Editor->Add/Remove menu->Reduce submenu: thins the number of frames, in order to easily keep only every Nth frame.

+ added: ability to get a separate vertical grid size for the LFO with text entry: double-click on grid size (assuming pref enabled) and type e.g. 8,12 for 8 horizontal and 12 vertical grid lines.

+ added: secondary sort method for preset browser, Serum will remember the previous column you clicked for ordering and use that as a secondary ordering: e.g. click Location column, presets are sorted by location. Then click Rating column and the presets will be sorted by Rating, but the sorting within a given rating will be ordered by Location.

– fix: a project saved with hidden piano keyboard was not visually re-opening properly on song reload in some hosts

– fix: right-clicking env curve handles would visually reset to linear but would revert to the previous curve if not touched further.

– fix: it was possible to get the mouse ‘stuck’ held on the page selector buttons if using both mouse buttons.

– fix: pressing ESC with a pop-up text entry enabled could crash FL studio (as ESC was closing the Serum window and the text entry simultaneously).

– fix: Smooth knob on LFO 5-8 was not working in all situations

– fix: Preset folders containing a single-quote (‘) were not appearing in browser or could cause issues

– fix: fixes to double-click for typable values on Windows

– fix: in some cases a preset made “init preset” default saw would, once reloaded after other presets, retain the oscillator shape to from previous preset.

– fix: checkmarks weren’t showing on Matrix mod destination menus when the assignment was made via drag and drop
(until window reopened).

– fix: ‘Var” parameter for Combs/Allpasses/Reverb filters was not displaying the text label (‘Damp’).

– fix: effects were not resuming from suspend if source signal 100% R channel only

– fix: loading LFO shapes could parse an improper curve or Y value in some rare situations

– fix: adding LFO loop points and switching to Off mode would not remove the loop points until updating the LFO graph

– fix: when exporting the entire effect rack (creating .fxr files) the effect chain order and module-bypasses were not saving correctly.

– fix: when browsing presets, Macro knob values were not loading correctly in Reason 9.5