Our next interview for the Creative Spaces series comes from the mind-altering, glitchy bass music producer named Mindex. He recently had an EP release on Gravitas Recordings that’s comprised of 6 tracks and titled “Nostaltrophin”. Although he is based out of Moscow, Russia, we were able to get some time with Mindex while he is touring the States. We asked Mindex about his new EP, his studio setup, production workflow and future projects.

Gravitas Create: Tell us about the meaning and idea behind your new EP.

Mindex: Sometimes I just get tired of intense bass design, all of those teeth-grinding psychedelic noises and then my brain needs some rest with mellow soulful vibes. I like to sit by an upright piano or midi keys with Rhodes emulation for hours and play around with chord progressions and melodies until I feel satisfied with an idea or flow. Then I start turning it into an actual track in my DAW.

I collected these 6 tracks during the last 2 years. “At the Fire Place” and “Redwoods” are about 2-3 years old, and the rest are quite new, mostly made on the road. I’ve put them all into a folder and felt that they were ready to go. Later on, I got artwork from Archan Nair, which reminded me of some kind of weird looking molecule and that helped me come up with the release name. All of the tunes have some sort of nostalgic flavor for me, so I was trying to play with the word “Nostalgia”. After an hour of deep thinking and scratching my scalp I came up with “Nostaltrophin”. A molecule, drug or hormone of nostalgia, whichever you like more. The idea behind it is always to make something that will make myself feel good in various ways. If other people will be able to vibe with it, then that will make me feel even better.

GC: Tell us about the recent project you did with the ballet dancer.

Mindex: This project with Ekaterina Pokrovskaya is one of the most exciting things for me now. We met online a few years ago when both of us were still in Moscow. She said she likes my glitchy broken beats and I said I love ballet and her style. We have been inspiring each other and we get along easily. We were planning on making a 15-20 minute choreography show with hybrid glitchy electronica for a long time before all the circumstances became friendly to us. She moved to the States and started dancing at Pennsylvania Ballet. During my third US tour, I got booked on the East Coast and had a chance to come through Philly, where she is based. That was perfect timing because literally a few months before my visit to Philly, her director asked her to work on choreography for 3 people – she was free to choose any music. Of course, we used that opportunity and I started working on a piece of music right away. By the time I got to Philadelphia, the arrangement of the track was almost finished. I went to see a few rehearsals to get a better idea of what sonic events I can add for better synchronicity with all of the moves of the dancers. This first three and a half minute piece we made was performed in February and had success. It is just the beginning because it is only a small part of a future big project which we can’t wait to make come to life. 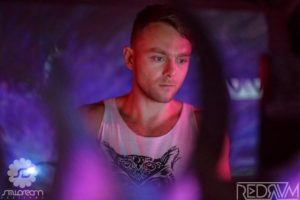 GC: What does your production setup look like? (Hardware, Software, DAW, Other Gear).

Mindex: I left all of my equipment in Moscow. It’s a super beefy PC desktop, Adams S 2.5 – 9 inch middle field monitors, RME audio interface, Access Virus, Clavia Micro Modular and a tiny analog beast from Dave Smith – Tetra. For now, since I’ve been on the road for the last 8 months, I make music on my Macbook with cheap Sony earbuds, which appear pretty translatable. I have a nice pair of professional Shure headphones which I use sometimes for reference, but usually I am lazy to unpack them from my suitcase. The DAW I use is called Studio One. It is made by Presonus and it’s so lame. Don’t even try it guys! Just keep suffering with Ableton! My main software synths right now are Serum, Razor, Sylenth and FM8.

GC: How long have you been producing for and what inspired you to get into it?

Mindex: I was 15 when I heard electronic music for the first time. It was old school Jungle/DnB. Those drum rolls and sub basses caught my attention right away. It was pure insight for me. Very fresh and inspiring. I was like, this is the future! Two years later, I found myself spinning DnB vinyls in a small club in Moscow. I wanted more than just spinning records, but that was a time of lack of information without the internet. I was able to figure out what I needed to start producing my own compositions only a few years later when I got my first PC and access to the internet. My very first trial and errors were made in Sony Acid and Reason. Later I tried Fruity Loops 3, and after FL I worked in Cubase 5 for a pretty long time. Overall, I think I have produced for about 14 years.

GC: Do you have a music background or play instruments?

Mindex: When I started making tunes on the computer, I didn’t have any musical background. After 14 years of producing, I can say I’ve got some ideas about music theory and now I can play keys a little bit, which helps me to compose. Also, I feel like guitar gives me an opportunity to see musical shapes from a very different and interesting angle. 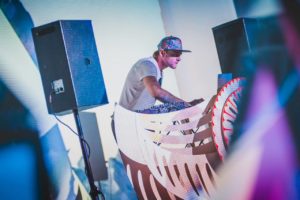 GC: Describe how you go about writing a tune. Do you do sound design as you go, save that for a separate session or both?

Mindex: If it is something melodic/cinematic, I usually start with a musical idea like chord progressions or a riff. The next step might be programming a drum loop with all of the micro edits/glitches/layering of textures, etc. Then bassline is next, and here it really depends: if I want some complex sounding bass noises, it could probably be a separate session, but not necessarily. If I work on a heavy bass tune, then it’s a totally different story with a different approach. I can start right away just with a bass design session or spend four hours layering and processing a new snare drum. But honestly, it is so different every time with each track. I don’t have any formulas and I don’t want my tunes to sound the same. Sometimes I have a concept of the whole track in my head, and in this case, I start with an intro and then lay down all of the rest chronologically.

GC: What are your favorite plugins for the following:

GC: What’s one tip you wish you could go back and give yourself when you first started making music?

Mindex: Oh, I would be like, “Dude, do you use side chain compression at all?”

GC: Who would you love to collaborate with?

Mindex: Generally speaking, I am not really a collaborator. It happens very rarely that I am on the same page with someone. Most of my attempts to write something with other producers stayed unfinished, unfortunately. But, I like a lot what we’ve made with kLL sMTH and DreamWalker. Hopefully, we will make more soon. People get down hard on the dance floor to these tunes. I would totally collab with a talented, beautiful female vocalist/songwriter and marry her. Dreams.

GC: What are your top 5 songs at the moment?

GC: Who is a producer that you think everyone needs to know about and why?

Mindex: I would say…go to my Soundcloud “likes” for that. You will find some goodies there.

GC: How do people find new music in Russia?

Mindex:  “Borsch” with sour cream and “Herring Under A Fur Coat” 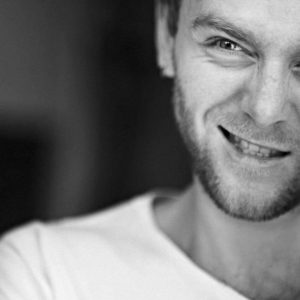