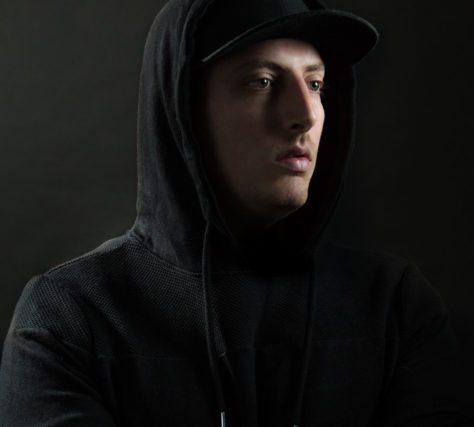 Hailing from The Blue Mountains, Australia; Dysphemic, son of Vernon Treweeke the “Father of Australian Psychedelic Art”, started experimenting with music at the age of 10. From humble beginnings programming on a Commodore Amiga 500 computer and then playing drums in bands as a teenager, Dysphemic has established himself as a one of Australia’s most unique and prolific producer/MC’s. Traversing from jungle, breakcore, hip hop, drum and bass, dubstep and glitch hop, Dysphemic’s standout releases (‘Sloth’, ‘Androids’, ‘Hypnosis’ and ‘Muthaf#ckn Dinosaur!’) have received worldwide attention and a dedicated following.

Between 2012 and 2015 Dysphemic worked with violinist ‘Miss Eliza’and pioneered a unique style of fusing Classical with Bass music. Their tune ‘Tunnel Vision’ topped the Kiss FM charts, ‘Ramses’ was revered as “bass driven ball bearing dubstep” (Beat Magazine) and their 2013 debut album ‘Synthetic Symphony’ has been deemed: “a masterpiece…. the future for next level EDM” (Futurescope) and “a delicate fusion of Classical and Dubstep…the first EP of its kind” (WHOMP TV). Together they toured North America in 2012 and 2013, Switzerland in 2014 and supported Nero, Foreign Beggars, Andy C, Tipper, Beats Antique, Datsik, Plastician and everyone in between.

Dysphemic is now embarking on a new musical journey with an all new live set combining his double time rapping over his signature Drum and Bass and Glitch Hop. After releasing 3 EP within the first few months of 2016, this year for Dysphemic is looking huge!