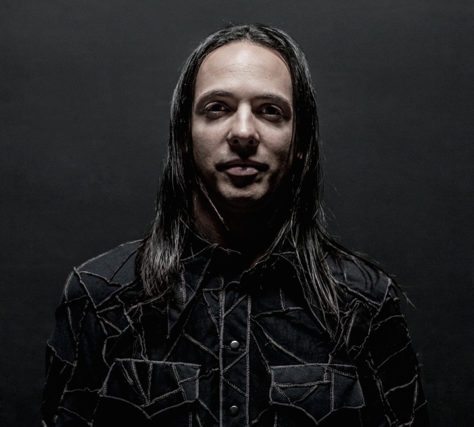 David Starfire is a world-renowned producer/multi-instrumentalist/DJ that is known for his signature “global-glitch-bass” sound. His niche is mixing world instruments and fusing them with modern beats. For his DJ sets, he often performs with percussion and various world instruments such as the phin (Thai lute) or the tumbi from India. His sound has brought him to perform at some of the most amazing places on earth, including the Pyramids of Giza, The Coliseum at Caesars Palace and Coachella.

David has performed at festivals and shows along with some of the biggest electronic artists including Skrillex, Bassnectar, Deadmau5, Daft Punk, David Guetta, Diplo and countless others. He’s performed around the world in exotic places such as India, Thailand, Canada, Costa Rica, Mexico, Australia and most major cities in Europe. Festival highlights include Coachella, Winter Music Conference, Lightning in a Bottle, Symbiosis, Love Parade, Outside Lands, Electric Picnic (Ireland), Shambhala(Canada), Burning Man and Wakarusa.

David has released 4 albums and 6 EPs in the last 10 years as well as various singles and remixes. David’s Ascend album reached #7 on the iTunes world music chart and # 5 on the RPM and World music CMJ charts. His songs have been remixed by the likes of Govinda, iLL Gates, An-Ten-Nae, Sidecar Tommy (Beats Antique), Kalya Scintilla and Kaya Project.

David has collaborated with the likes of Afrika Bambaataa, Ooah (of the Glitch Mob), Natacha Atlas, Cheb i Sabbah, Gaudi, Govinda, Ganga Giri, FreQ Nasty, Desert Dwellers, Beats Antique, William Close and members of Beck’s band. He produced an official remix for reggae king, Sizzla and he’s had two #1 bootleg remixes on the Hype Machine that included the Beatles and Led Zeppelin. In 2015 he released an album from his side project with FreQ Nasty called The Dub Kirtan All Stars that features the Grammy Nominated singer Chaytanya.

David is currently touring in support of his latest album, Karuna, where he traveled to the Thai-Burma border-zones to collaborate with Burmese refugee musicians, which was a first for an electronic artist. All of the proceeds go towards a non-profit to pay for education for Burmese refugee children. Other collaborators on the album are Alex Grey (the well-known visionary painter), William Close and the Earth Harp (runner up on America’s Got Talent), and Govinda. The album cover was designed by the world-renowned digital painter, Android Jones.

Looking towards the future, David will be releasing a “Karuna” remix album and a new EP this fall with heavy tracks for the dance floor that conjures up tribal music with elements of future bass and hip hop.